Stories and fables of all origins are the resources from which we will draw our inspiration and thought. These stories and characters that feed our fears and dreams as children are told to us by our parents from an early age. Then they accompany us, well buried in our memories and dreams.

The great Internet revolution of WEB 2.0, combined with the revolution of “video” games, is breaking down cultural barriers. Pokemon and other Yokai are internationally known through game platforms and other connected digital objects (smartphones, tablets).

Imagination has a prominent place in this workshop.

Together we made the costumes and props that were characteristic of each character. At the same time, we thought of our scenarios. We were forced to achieve our goal with few resources. We were inspired by the posture of the Kuroko, the one who, in the shadows, manipulates all the strings of the Kabuki theatrical game.

The virtual is, among other things, the privileged space where avatars live. The “virtual high school” becomes haunted by visible ghosts only through the screens of current technological instruments. It’s the perfect place to relegate our demons.

– In the virtual world of the Ipotêtu Museum, the 16 characters created will be visually located by clickable items located in the spaces previously chosen by the students. Once activated, the item will display the character’s short-animated movie and a short text that contextualizes it.

– Within the school, we will use graphic codes that will be affixed to the walls, inside and outside, in the form of stickers. Through these “markers” (small 20 x 20 cm drawings), the phantasmagorical characters invented by the pupils will be recognized and visible live on the screen of a Smartphone or tablet thanks to augmented reality. The appearances will be similar to those visible on the website.

Course of the workshop

The workshop took place at Pierre Emmanuel College from Monday, November 12 to Friday, November 16, 2018, in collaboration with the teachers: Julie Durieu, Marie Falgas, Juliette and Marine (civic services). The workshop is located in the spaces of the multi-functional room and the film studio (green background) of Cumamovi.

After the presentations and oral presentation of the content and purpose of the workshop, we reorganized together the space of the multi-functional room to make it an adequate working space. The various positions created were dedicated to the storage of materials, costume making, make-up, performance rehearsals, information (computer and projection screen). The shots were taken in Cumamovi’s premises adjacent to the multi-functional room.

Each student first imagined and drew his character. Then made his costume, accessories and make-up. The students had to help each other during all the stages of the realization as they wished according to their abilities.

Then the gestures and attitudes of the created characters were repeated, then the scenes were shot individually. 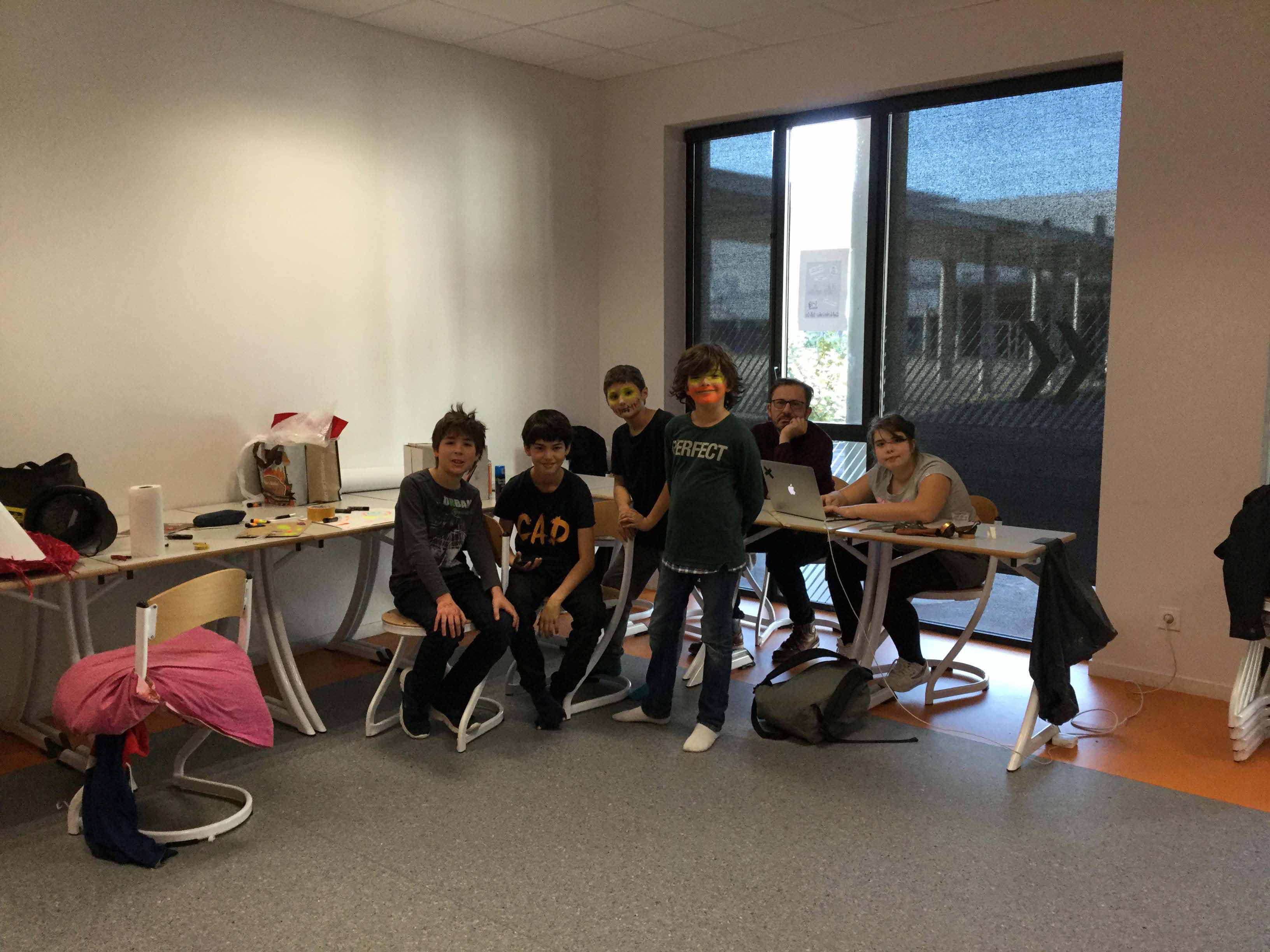 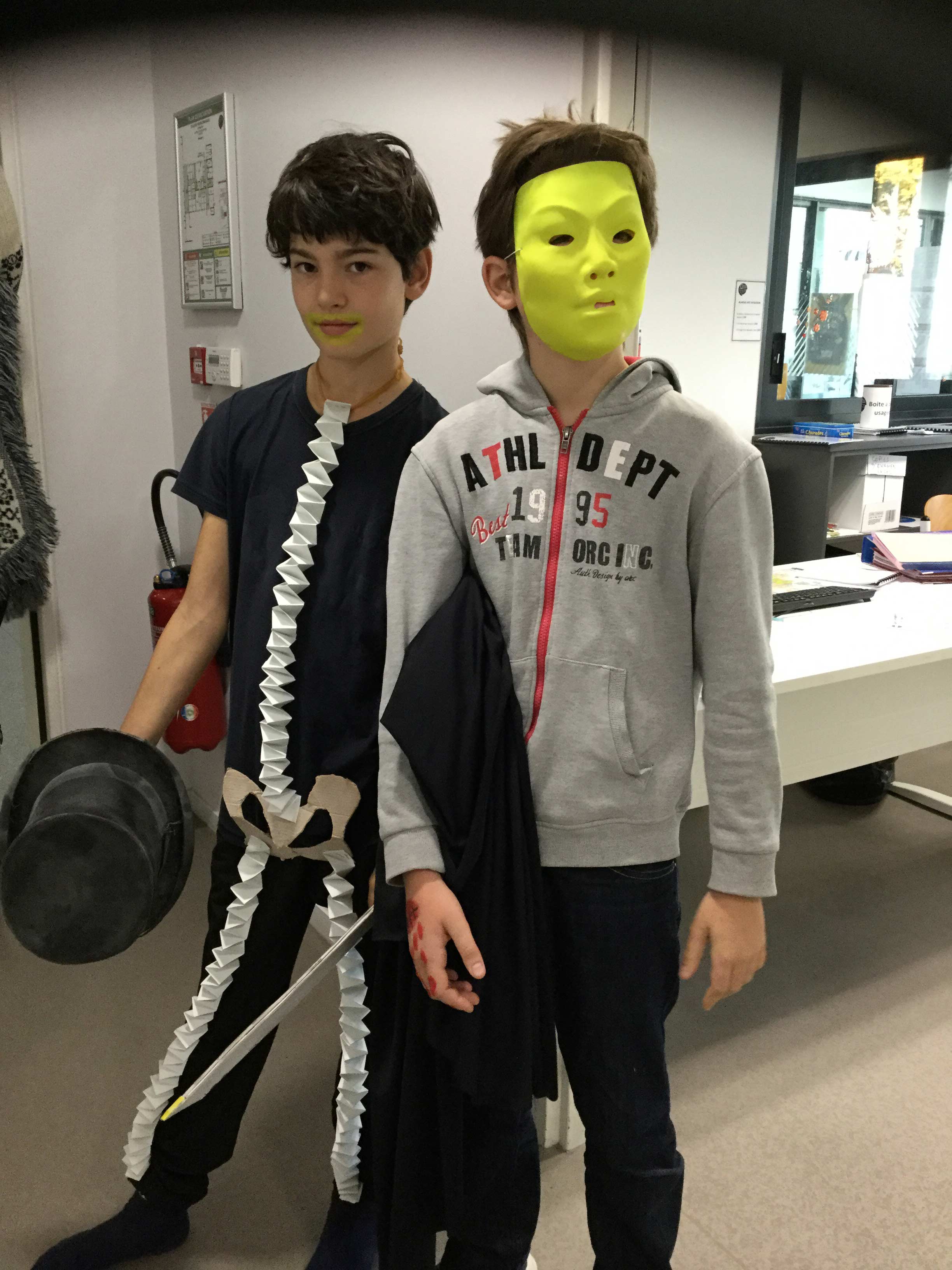 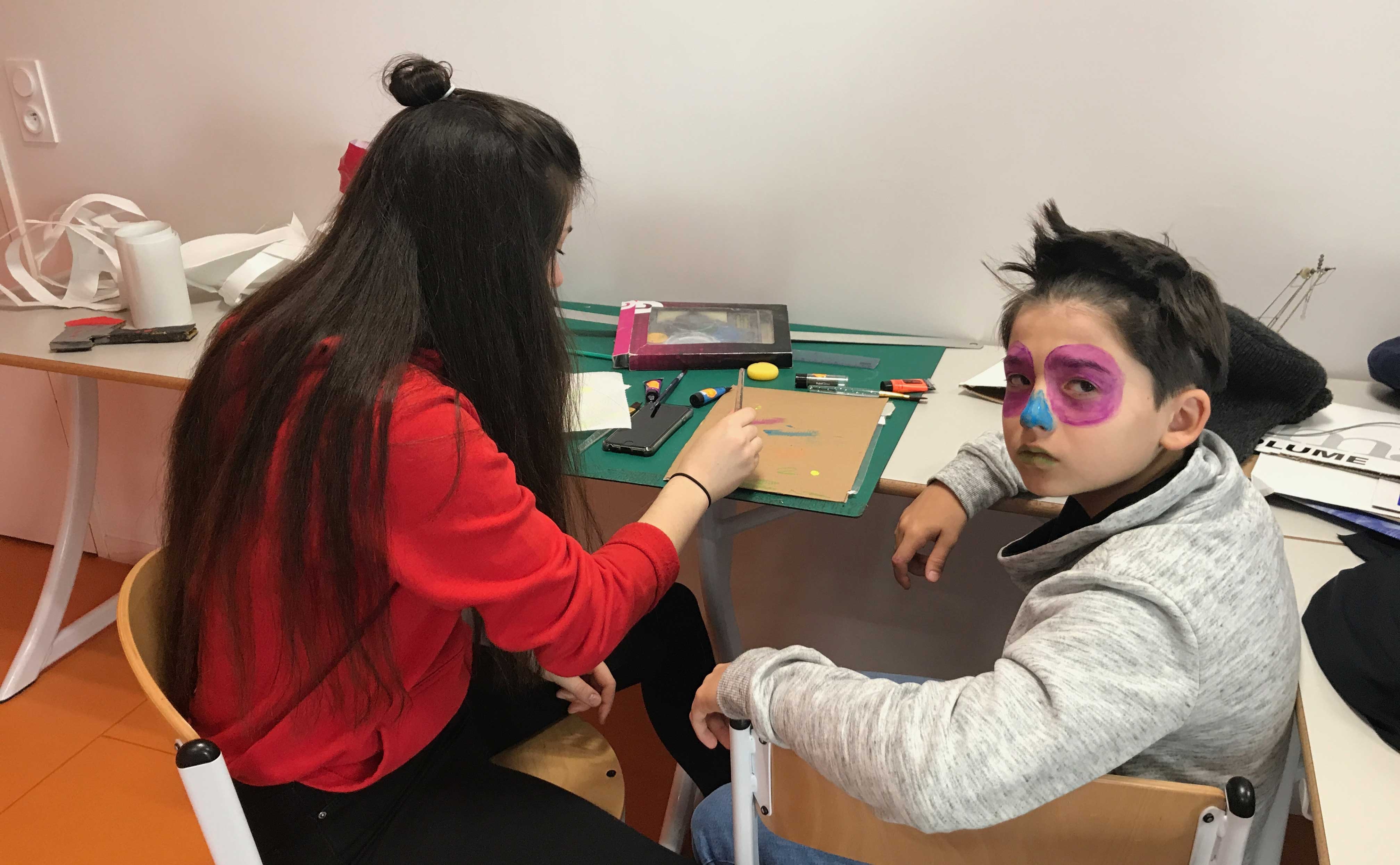 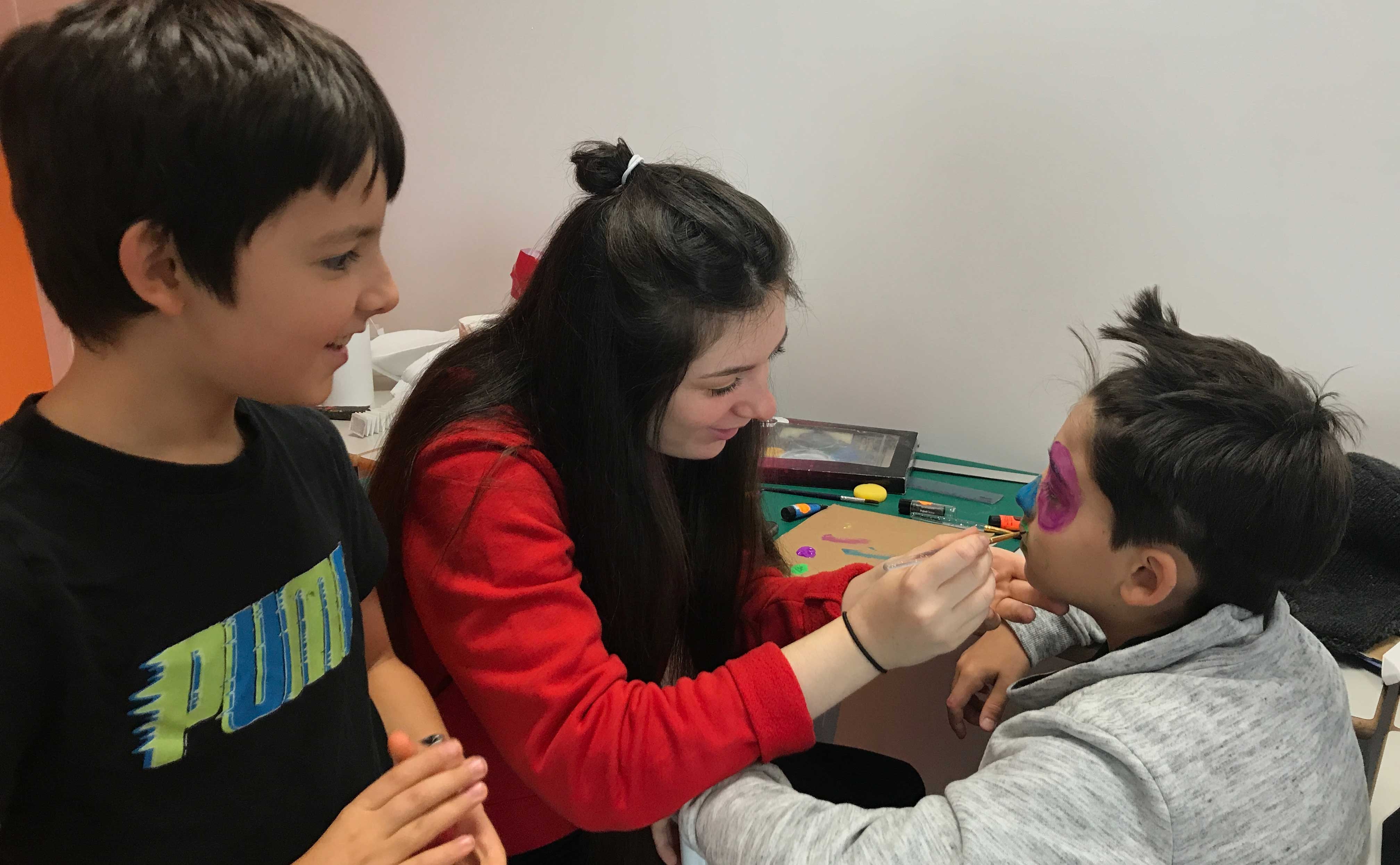 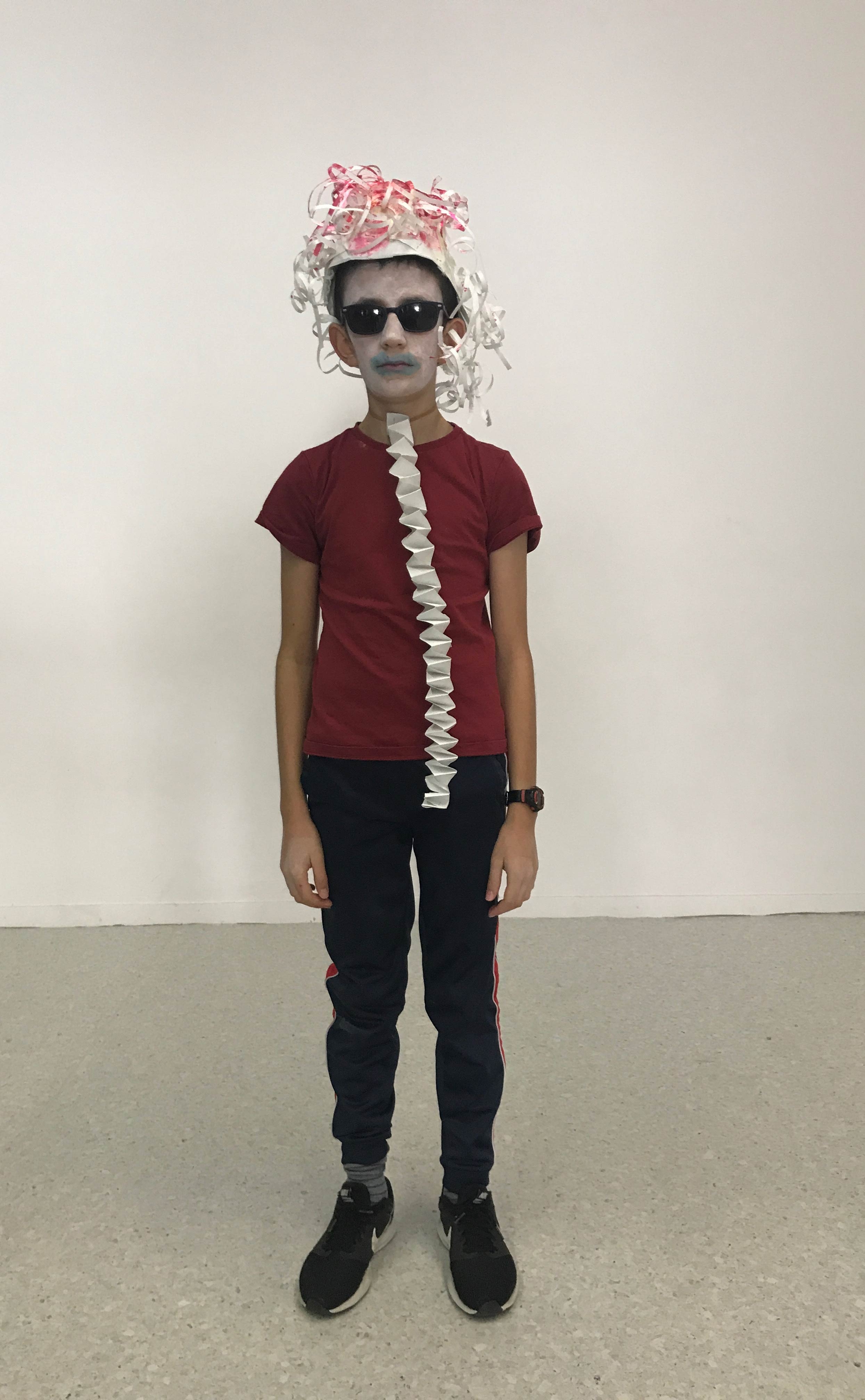 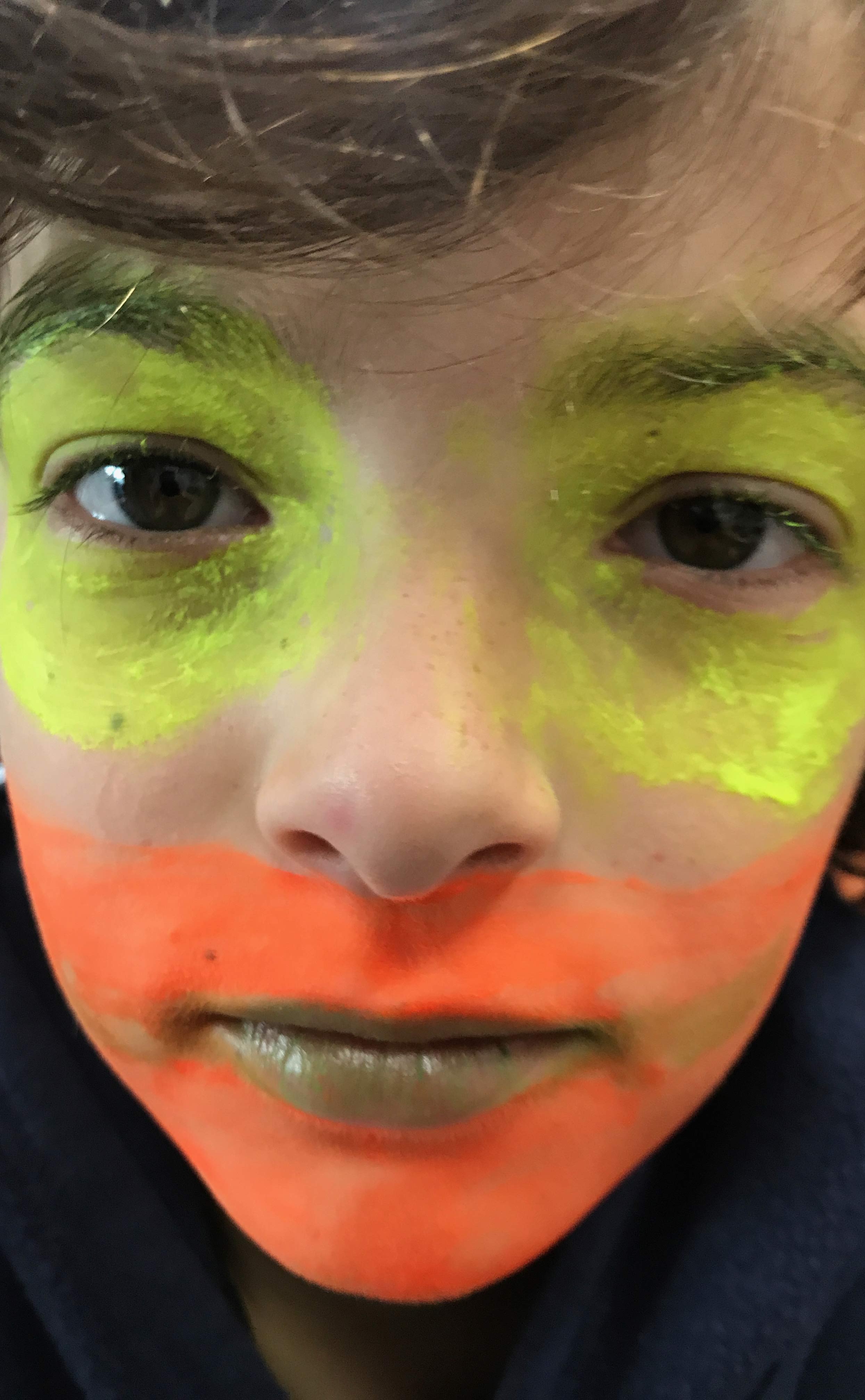