The Ipotêtu Museum project was selected as part of the 1% artistic of the innovative Pierre Emmanuel high school of Pau, following a call for tenders from the Conseil Départemental des Pyrénées Atlantiques for the creation of a digital work.

The Musée d'Ipotêtu is an online virtual museum, it is a three-dimensional analogy of the buildings of the Pierre Emmanuel high school. Its digital interface allows users to visit each of its spaces dynamically from their computer screen via an Internet connection. You can also navigate through the Museum with a virtual reality headset.

Each work exhibited in the museum was created at the college in 2018 and 2019 with the high school students and teachers as part of artistic practice workshops organized by the artists of the Ipotêtu project.

This project was directed by artists Lyn Nékorimaté and Jean Paul Labro of the Collectif Ding et Elsa Mazeau. They have joined forces with other artists Olivier Toutlemonde, Laurence Cornet, Fabrice Cotinat and Yuting Su. The graphic design and development of the site were entrusted to the graphic designer Sébastien Garciaz.

This project would not have been possible without the support of Maëva Changeur and Marina Bianchi. Both of them did a civic service mission dedicated to the Ipotêtu project between 2018 and 2019.

We would like to thank the two architects Nathalie Larradet and Alexandre Lacaze for their collaboration on the project. We also thank Mr. Pierre Segura, the headmaster of the high school, as well as the educational teams and teachers who supported this project, not to mention the high school pupils who participated in the workshops and contributed to the realization of the works exhibited in the Musée d'Ipotêtu.

Introduction to the Ipotêtu project:
An Online Museum

About Ipotêtu; reflections on the discernment of combined time(s)

From the invention of the past

The memory and the poetry of the carrot 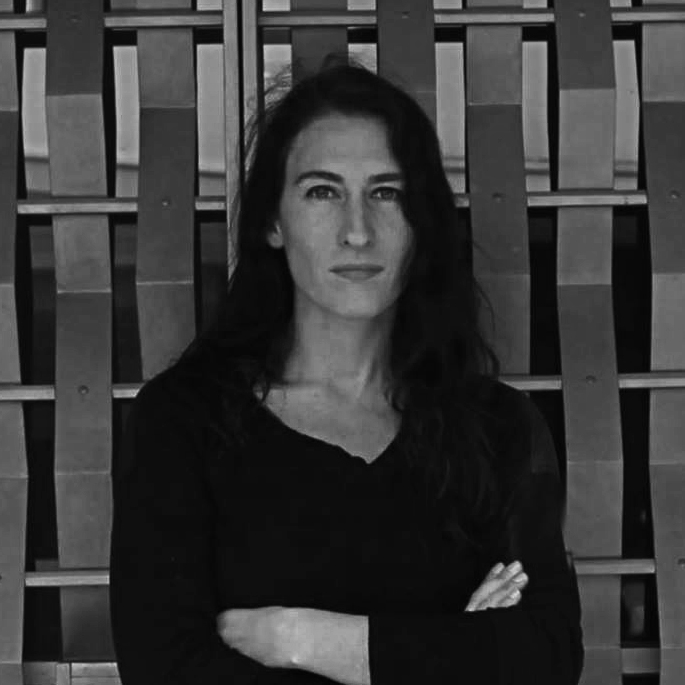 From quirky contexts, a moment of intensity, which she sets up in public space, she invites everyone to re-envision and recompose by gesture, by writing or by speaking, a location. Faced with stereotypes, power issues and appearance codes, her practice is based on collaborative processes, in order to reconsider together what has been thought of by others as a way of life.

Research, which intersects with questions of representation, sociology and then archeology, is thus activated by the inhabitants themselves. The image fixes the propositions performed: it comes from an exploration of the medium which takes into consideration the physical and plastic nature of photography, in order to re-register the space lived from the point of view of experience, formally, in a whole of proposals with diverse materiality.

Her pieces have notably been exhibited at the Center Georges Pompidou in Paris, at the Palais de Tokyo, at the Biennale in Tirana, at the Galerie La Ruche in Tokyo or at Elac in Lausanne. 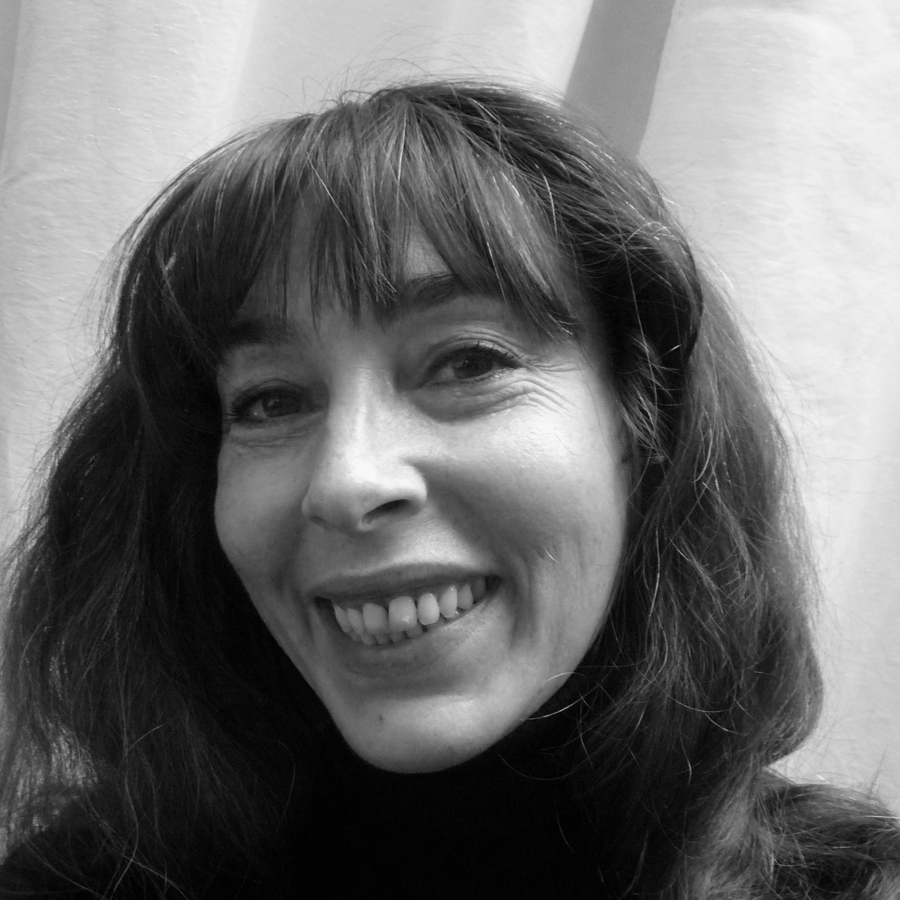 Multidisciplinary artist, Lyn Nékorimatè first had a professional career in classical and contemporary dance and continued her studies in arts at the National School of Arts in Cergy-Pontoise as well as a university course in art theory and new media in Paris 8, Saint-Denis.

Her work unfolds and is articulated through various media like sound, video or performance devices. In her installations, the construction of spaces or the staging bring into play emancipation systems around the notion of story and what she calls "the mythology of the intimate" and its techniques.

Since 2011 she founded with Jean Paul Labro the collective of artists "Ding". Their projects are often carried out in close collaboration with other people, as well as artists, researchers, thinkers, philosophers or architects in France and abroad. 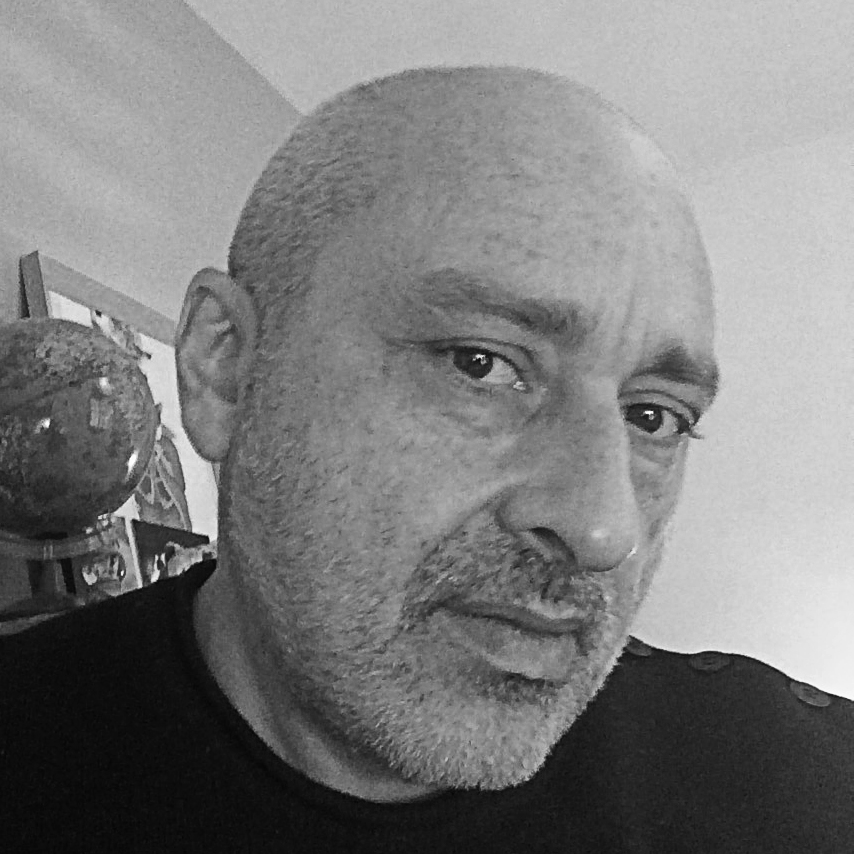 He taught at the National School of Fine Arts in Bourges, and currently teaches at the Superior School of Arts in the Pyrenees in Pau. He is the founder of Bandits-Mages in Bourges, a structure dedicated to the production and diffusion of the audiovisual and multimedia arts which he directed for fifteen years. For several years Jean Paul Labro is the initiator of international workshops in art schools which help to take pedagogy out of the school context.

He produces videos, performances, installations and multimedia devices. His approach is more particularly in contextual creation processes carried out during residencies. A visionary artist, he invests his energy in performance, video, the invention of machines, installations and devices that critically question the video image and the media. He confronts the world of science fiction, cinema, video games as well as that of architecture and transforms space into an interactive machine for seeing and dreaming.

I work independently as a front-end developer and visual designer.

Expert and passionate about website design, I collaborate with companies and start-ups that value the integrity of design and development.
I create web platforms and applications, multimedia and artistic installations, virtual and augmented reality and artistic direction. I offer digital web experiences to your users with particular attention to design, optimization and performance.

Concerned about improving our future, I work to build a cleaner and greener Internet. Knowing the colossal energy demand of the Internet, I code eco-responsible and sustainable web experiences aimed at reducing their carbon footprint. 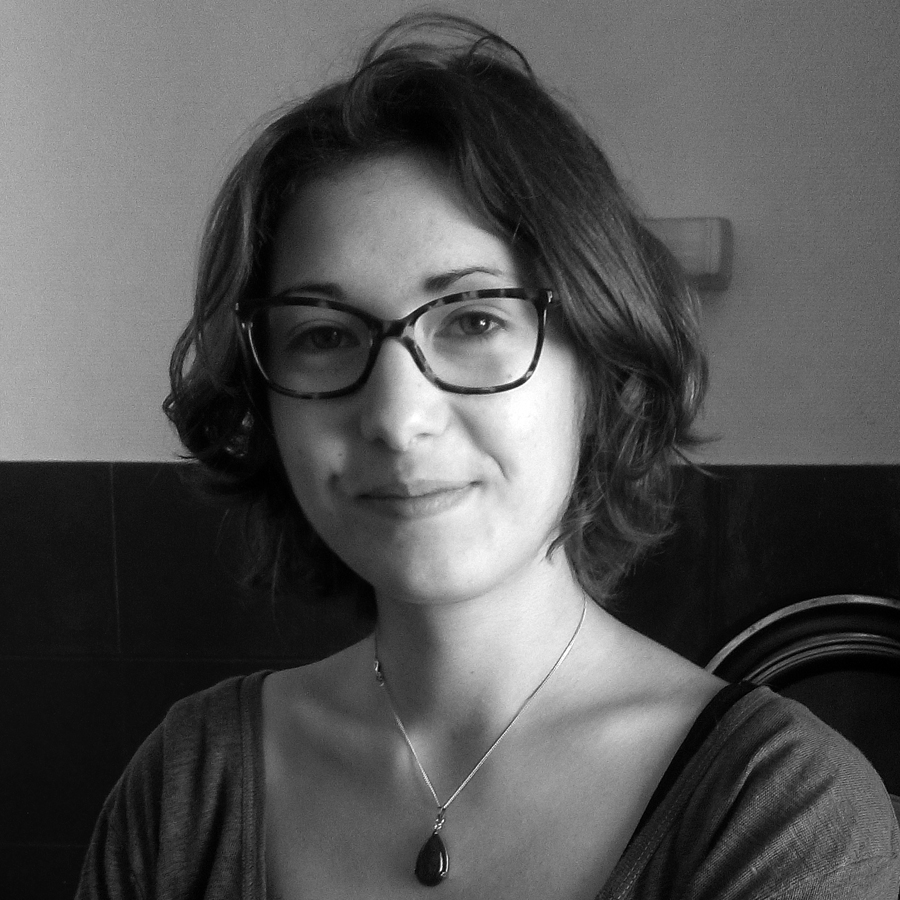 Maëva Changeur, graphic designer by training, supports her commitments and activities in educational structures or artistic projects in France and abroad. She was the first volunteer in civic service mission engaged for the "Museum of Ipotêtu" project from 2017 to 2018. She carried out the "Museum of Ipotêtu" project with the pupils within the Pierre Emmanuel college and participated in the organization and the realization of the workshops with the artists. 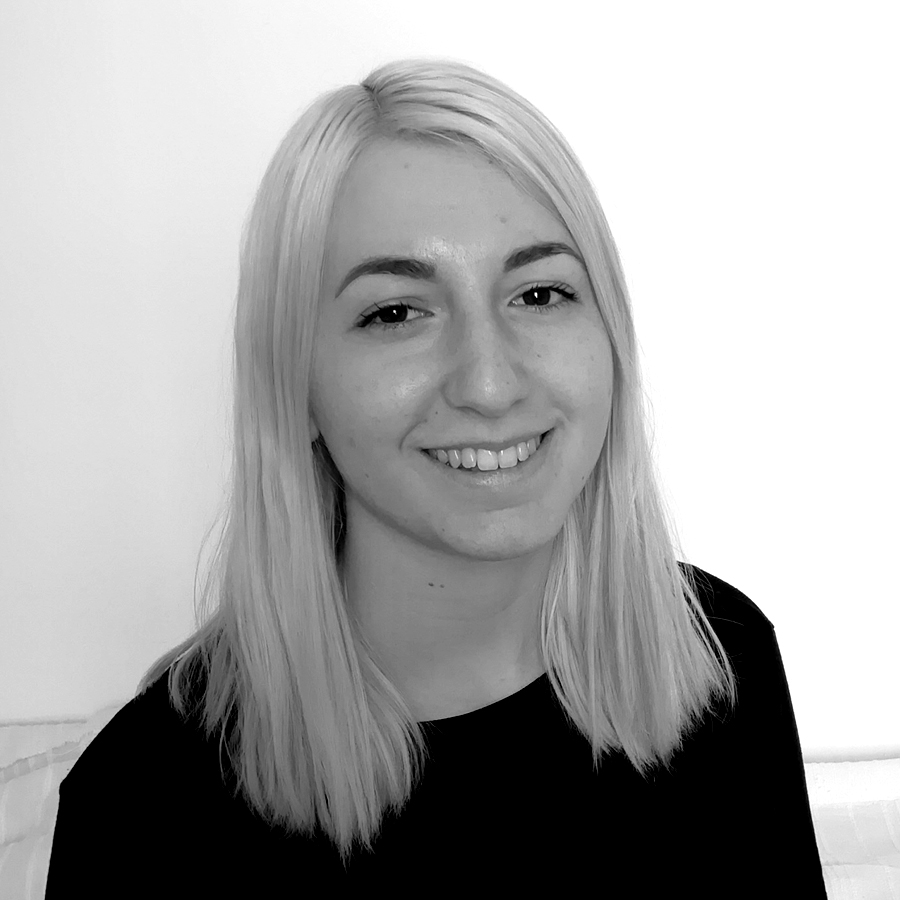 A graphic designer by training, Marina Bianchi is now continuing her career as a graphic designer. She was the second volunteer in civic service mission hired for the "Museum of Ipotêtu" project in 2019. She actively contributed to the 3D modeling of the museum with Sébastien Garciaz, developer of the project. 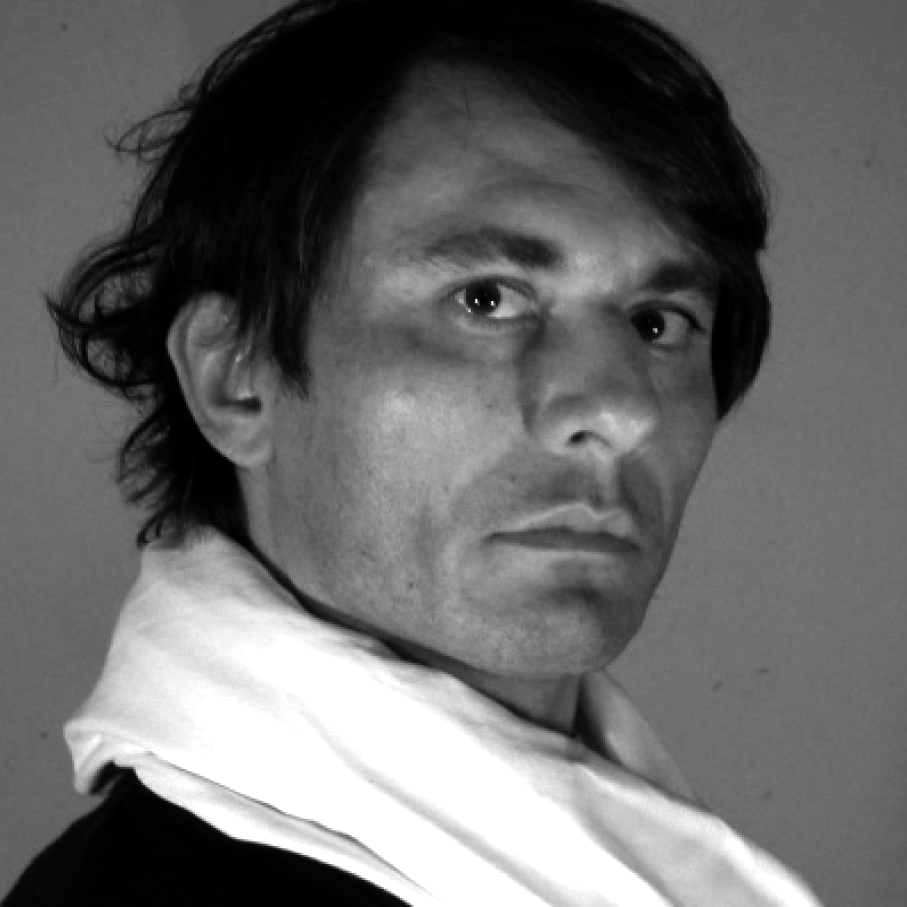 Graduated from the ENSA in Bourges, several residency projects have led Fabrice Cotinat to build various projects in Europe and Asia. He participated in the development of the Bandits-Mages association in Bourges and its multimedia festival between 1992 and 2002. He created in 1999 a collective of castelroussin artists with David Legrand and Henrique Martins Duarte : La galerie du cartable, in which he invests audiovisual creation through the video schoolbag - projection and nomadic creation space - and the practice of an inventive cinema whose originality is based on low-tech devices for shooting and putting on stage constrained by DIY architectures. He is in turn film director, actor and / or screenwriter. The Fictitious Dialogues (2001-2008) produced by the collective stage conversations between artists, filmmakers or writers from different eras: improbable or achronistic duets. These verbal, formal and visual collisions generate collaborations with numerous artists, videographers and filmmakers. Michel Aubry, Françoise Cardon, Joseph Morder, Boris Lehmann, Alain Cavalier, Marie Losier…

For one or the other of his activities, we find in Fabrice Cotinat a link between homo faber and homo ludens, duality forged by a keen sense of telescoping, a critical, even political, positioning on art and representation.

In 2007, he created the "Châteauroux Underground" association for the development and promotion of collective art. Between 2009 and 2013, he worked in a prison environment where he created an experimental television studio as well as an internal channel to concretize a project whose purpose was to recreate the social bond between the prisoners.

He now teaches at the National School of Fine Arts in Limoges. 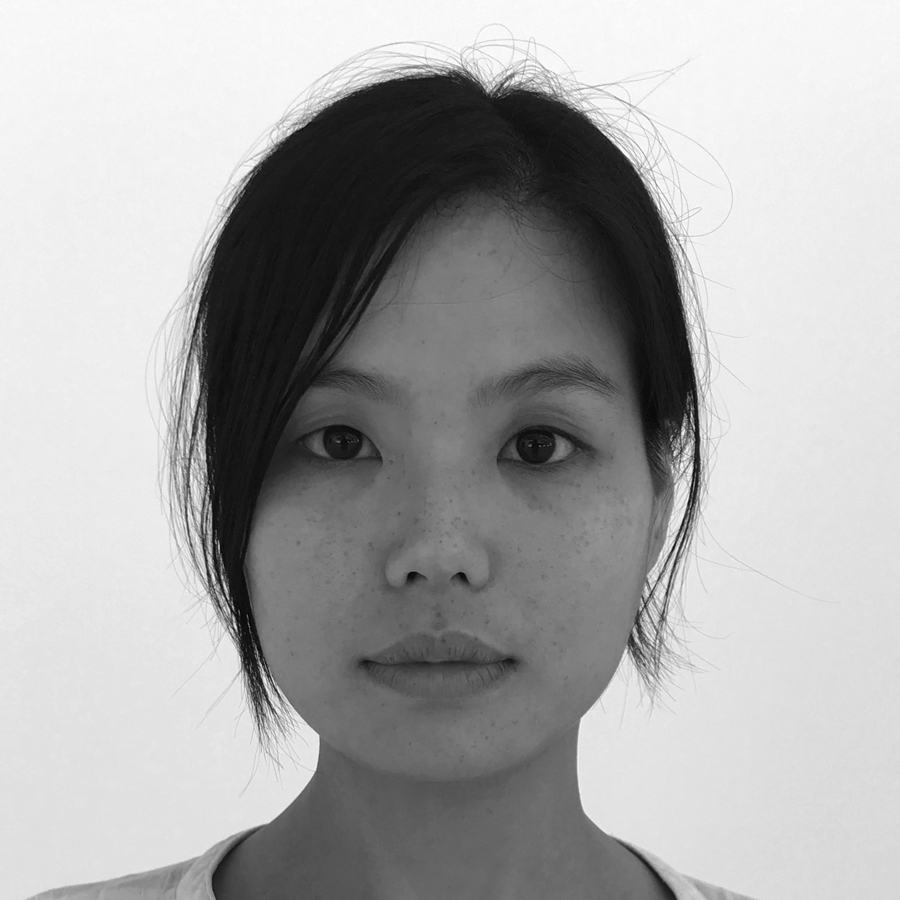 Artist. Born in 1984 in Taiwan. Lives and works between Châteauroux and Taipei.

Graduated from ENSA Limoges, she performs, videos and multimedia devices. Her work expresses and analyzes why we always repeat the same activities in our life. She has carried out several plastic actions in order to demonstrate how our society acts on our physical and our morale and in what work is a constraint. Through its sensory environments, its video installations, its drawing or painting sessions performed, Yu-Ting Su takes the visitor to the heart of his mental space. An often smoky space: history of losing it, of losing yourself too. A mental space where repetition reigns, this physical, psychic compulsion, from which, Goethe wrote, is born both disgust and contentment. A mental space where the alienation of being is played and replayed. In this universe, rest times become worrying stasis, moments of confinement outside the world. On these videos, the patterns that Yu-Ting Su exhausts: mechanical toys spinning indefinitely, frantic characters in animal masks, between seeking pleasure and the violence of repetition, rocking sheep that she built herself, which are sometimes broken during performances, and which, obviously, castigate the gregarious instinct, from the lambs of Gods to the sheep of Panurge. By appealing to the share of animality and / or childhood that remains with the spectator, the artist does not alleviate the overwhelming observation, quite the contrary; coercion and confinement are no longer only the sad prerogative of adults in so-called advanced societies: the savagery of animals and the "green paradise" of the tender age are no more immune to it. 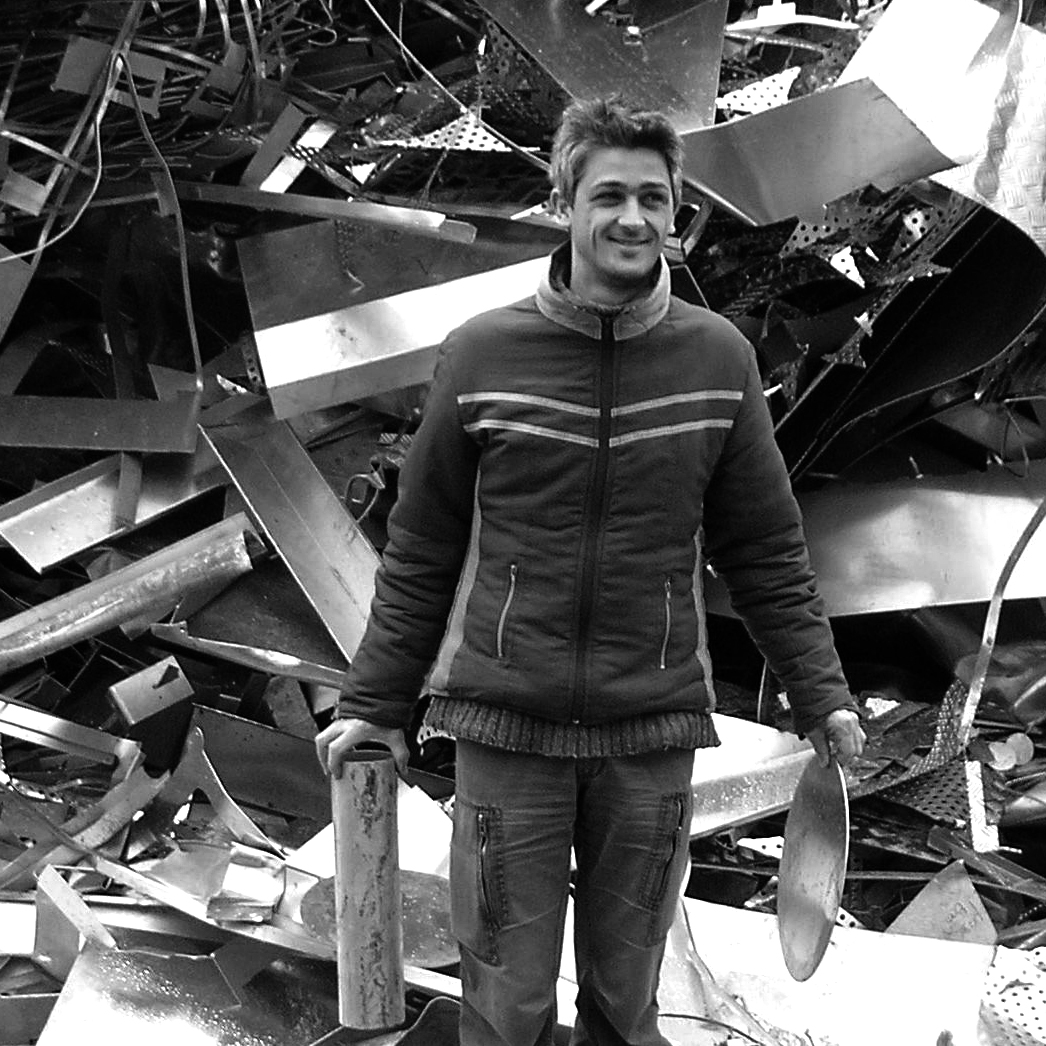 My artistic work revolves around the question of sound, its perception and its propagation. This can take the form of concerts, performances, phonography, radio plays or sound installations, various activities but which are linked by the thread of sound experimentation and listening. Through my sound installations, I intend to test the sound in a context where listening can be deployed in depth and where the listener's perception is intimately linked to the space in which he evolves.

Musician by training, he works in free improvisation, but also participates in sound and multidisciplinary performances such as "All the Objects Used to Drive Nails Are Not Hammers", with Gaëtan Bulourde or "Seismograph", with Nicolas Desmarchelier and Yukiko Nakamura. He has performed throughout Europe, as well as in the United States and Canada.

He also produces sound installations (Kunstverein in Heidelberg, Courant d'Art festival in Bourg-en-Bresse, Remor festival in Girona, Q-o2 in Brussels, Buda in Kortrijk ...) that invite you to listen and in which the listener's perception is intimately linked to the space in which he evolves. He composes soundtracks for video, in particular those of Muriel Toulemonde, which have been broadcast in many museums and exhibitions around the world and whose works are included in the collections of the Fonds National d'Art Contemporain (Paris), du FRAC Limousin (Limoges), Domaine de Chamarande (Essonne) and the Center Pompidou - National Museum of Modern Art. He produced radio plays and audio documentaries for radio, which were notably produced by Arteradio, the Atelier de Création Sonore Radiophonique in Brussels and Deutschlandradio Kultur in Berlin. 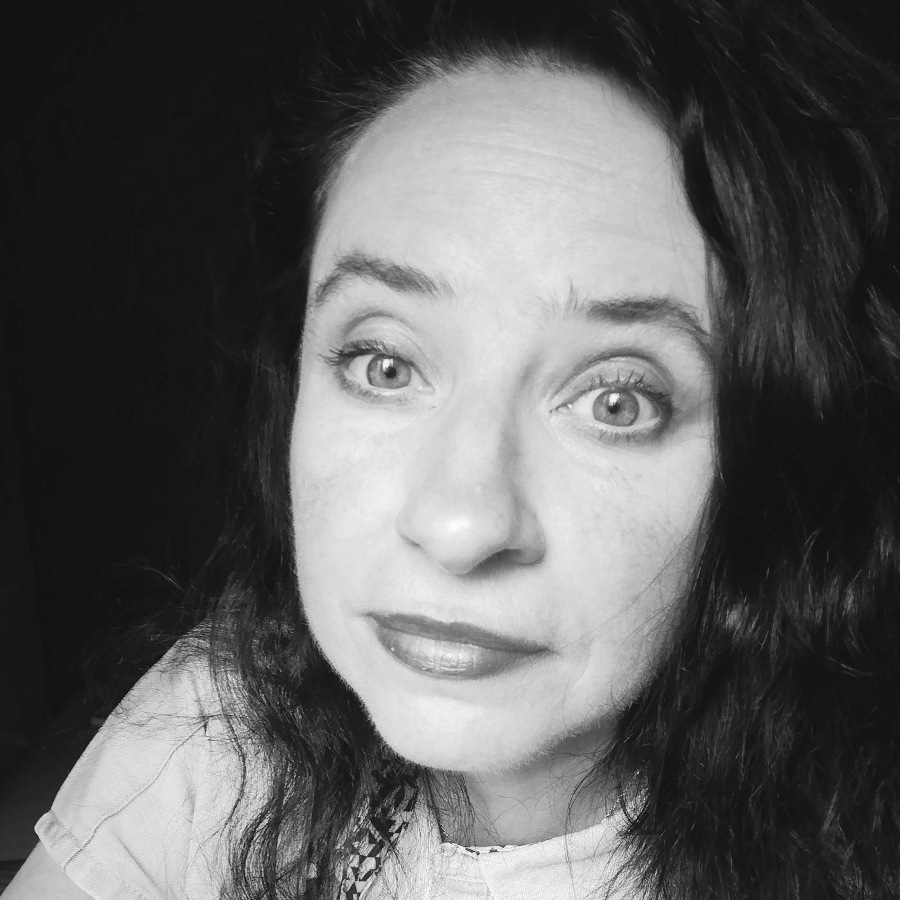 Laurence Cornet is a teacher in National Education and is currently seconded in the specialized sector where she mainly uses cultural supports, arts, art history, archeology, as learning supports. A graduate of the Ecole des Hautes Etudes en Sciences Sociales, mention social and historical anthropology of Europe, she also holds a doctorate in history and archeology of the Middle Ages.

Her professional activity is organized according to several axes: teaching missions to teenagers and young adults with specific needs, the supervision on archaeological excavation sites of students enrolled in a history and archeology course, scientific research in partnership with the universities of Rennes 2 and Perpignan, and finally, is currently host for the training of students preparing for teaching competitions. 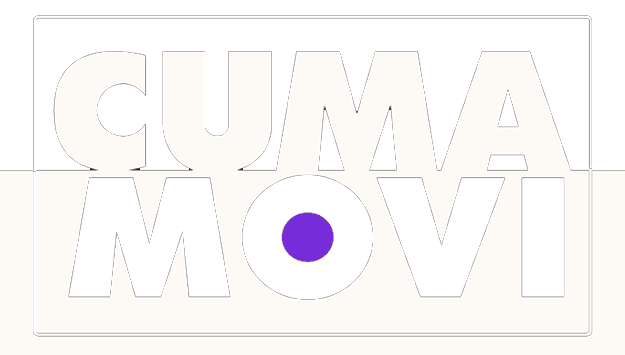 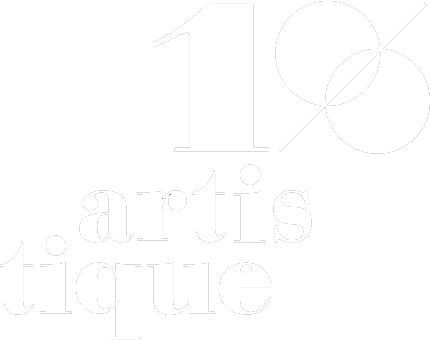 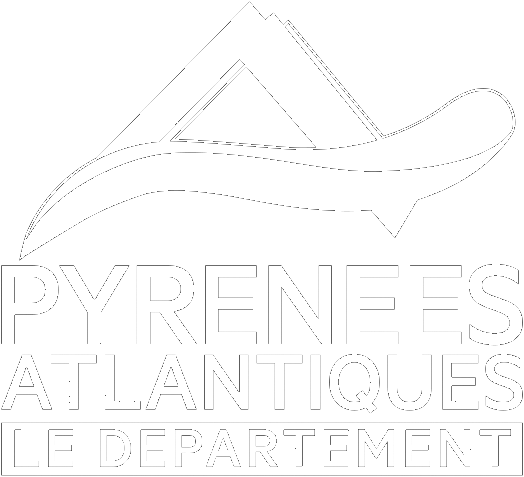 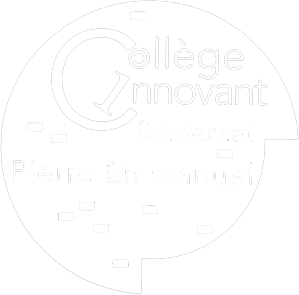